Posted by alvinajennifer on January 4, 2022 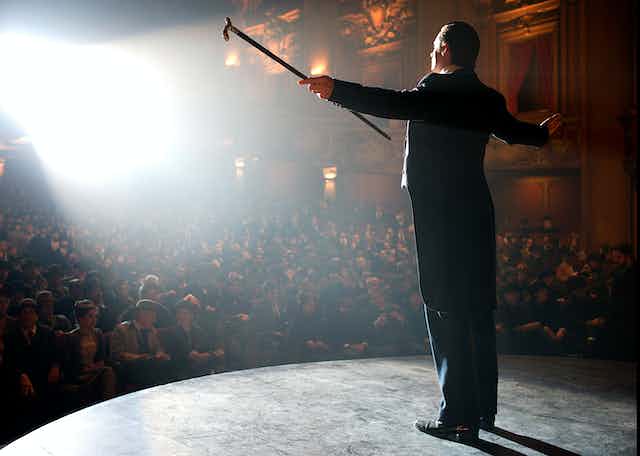 Duncan William has been a professional magician for over 15 years. His performance style is contemporary, unique, and exciting. He is frequently hired to perform at weddings, private parties, corporate events, and celebrations. For some people, it is a surprise to hear people say ‘oh that’s a good idea to hire a magician’. This suggests that they had probably never even considered it before seeing a professional magician in action.

So what is it that a professional magician can bring to your event to make it so fun and exciting?

A professional magician can bring the wow factor to your event by performing live, interactive magic right under the noses of your guests. A lot of people have only ever seen magic on television and the only experience many have had with magic is when they are children with the world unfurling in front of their eyes. So if you want something to get your guests talking then hiring a magician may be a great idea.

Another reason why a magician can bring your event to life is that they are extremely versatile. They can perform in a walkaround style meaning that they don’t have to adhere to a table or one fixed place. This means that if you have guests spread out around your party venue, they can subtly mingle without the guests having to make the move themselves.

Professional magicians are also the perfect way to break the ice between guests who may not know one another. They can bring groups together and leave them with a fantastic talking point.

Professional magicians can also perform from a stage or in front of everyone. This is just another form of their versatility. If you want a show that is not as overpowering as DJ but just as memorable and interactive then an after-dinner magician or cabaret magician is a perfect choice.

You could consider an after-dinner speaker or motivational speaker as another form of after-dinner entertainment too. They can often weave their magic into the performance too.

Professional magicians perform in a range of different styles too so you can certainly find a performer who would be in keeping with the theme or style of your wedding, party, or event. Some magicians can perform as comedy performers, others as mind readers or bizarre performers, and some as moody performers. Their look, style, and age will differ too. With this range of people – a magician can be in keeping with your event!

Not only that but some professional magicians like Duncan, who regularly performs as an iPad magician or digital magician can offer customized options with their actual magic too. They can create bespoke tricks, use branded playing cards and integrate them all into some highly visual, interactive, and brand-specific magic. This is perfect for trade shows where some clients are wanting to increase the profile of their brand or product.

Finally, a magician can also offer hosting or Emcee services and then combine these services with some incredible close-up or after-dinner magic bringing your event to life in that way too as it is so surprising.

If you are looking to bring a magician to your event to make it even more fun and exciting then consider hiring Duncan as one of the following:

Duncan Stevens is an influence and persuasion expert. He helps businesses and individuals leverage more influence and become more persuasive and effective in their work and private lives.

He is the bestselling author of the book, ‘Effective Influence’, founder of the Influence Association, Mentalist and highly sought-after keynote speaker.

Duncan Stevens is an influence and persuasion expert. He helps businesses and individuals leverage more influence and become more persuasive and effective in their work and private lives.

He is the bestselling author of the book, ‘Effective Influence’, founder of the Influence Association, Mentalist and highly sought after keynote speaker.

Posted in: Entertainment
« Top 4 Causes of Construction Accidents and the Keys to Avoiding Them
Ease of Renting a Car in Dubai »