In November 2005, Chris Brown’s “Run It!”  Topped the Billboard Hot 100, which makes the then-16-year-old singer that the first male artist more than a decade to top the chart with a debut single.  The pop-oriented R&B vocalist has come to be one of the decade greatest pop stars, using a clutch of Top Ten singles and platinum records to his credit, together with constant comparisons to Michael Jackson and many acting roles on both side. 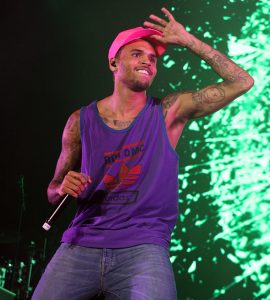 His career slowed down in 2009, when he pleaded guilty to assaulting his girlfriend, recording artist Rihanna.  It had been among this year’s largest celebrity news reports.  Back in January 2013, Rihanna and Brown affirmed they’ve opted to rekindle their love, but just to divide in May of the identical year.

Despite all of the controversy and chaos that he’d over two decades, Chris Brown came out on top, making his first #1 record of his profession using F.A.M.E., released on March 18, 2011 by Jive Records.  He was born Christopher Maurice Brown on May 5, 1989 at Tappahannock, Virginia, United States of America.