Posted by wildlifeconservationguides on April 16, 2019 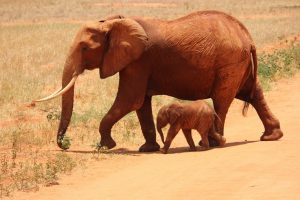 There is a significant concern on the number of elephants disappearing every year and especially in Africa where the Elephant is on the road of becoming an endangered species. There are several elephant sanctuaries in Africa which need donations for the elephant will be maintained and looked after properly. You only have to find well-established organizations who are genuinely concerned about the elephants. The organizations have worked, and the US government finally banned the sale of Ivory in 2016 and China has pledged to do the same.

There are many accomplishments the organizations have made such as the Wildlife Trafficking Act being passed. This legislation was passed in the United States which is an excellent message for other world leaders. Organizations work with different legislators so they can come up with petitions on how the elephants can be protected from poachers. Ivory trade is worth millions of dollars and is used to fund different criminal syndicates who have been associated with extremist groups.

The change starts with us especially when it comes to buying carvings or triplets which are available in markets globally. If we stop the demand, then poaching will reduce and eventually end. Elephants contribute to the economy since several people come to see them which boosts the economy and helps citizens sell their services and other products. Before joining an organization, it is best to know which countries they operate in and how the donations will assist the elephants.

An excellent organizations to help elephants will have a team of rangers and legislators who make sure the national parks are well-managed and interact with communities. The Communities have to be educated on the importance of the elephant which is solely handled by the organizations so they will stop killing the elephants and have solutions in place, so they do not penetrate their farms and property. You can go to the sanctuaries anytime you want to see the elephants which are taken care of for a certain period before being released to the wild.

« What to Know about Ivory Protect Organizations